MONTEREY, CA (9 September 2019) – Rebel Rock Racing will be looking to race to the podium once again on Saturday at WeatherTech Raceway Laguna Seca for the Laguna Seca 120, the penultimate round of the 2019 IMSA Michelin Pilot Challenge.

The No. 71 Urban Grid Solar/MVP Capital Chevrolet Camaro GT4.R has won two of the last four races, driven by Frank DePew and Robin Liddell. The team won events at Canadian Tire Motorsport Park and Road America, in addition to taking fourths at Watkins Glen International and Lime Rock Park. In the most recent event, the team got caught up in an early incident during a sudden downpour at Virginia International Raceway and finished 22nd.

DePew will be competing at Laguna Seca for the first time, although he has spectated at several historic events at the circuit and even managed to drive a few laps in a street car. He will get his first run on board the Camaro GT4.R at the track during Thursday’s promoter test day.

“This is going to be my maiden voyage there – and, so far, my maiden voyages have worked out pretty well,” DePew said, having won the CTMP round in his first-ever race visit to the track.  “I’ve studied the track, and I have a pretty good idea of what I need to do. My objectives for Thursday’s test day are to get out there and try to hit my marks at the different corners. I want to be relaxed, driving the car calmly and confidently, and I hope to get up to speed rather quickly there.”

DePew will again qualify the Urban Grid Camaro and start the two-hour race. 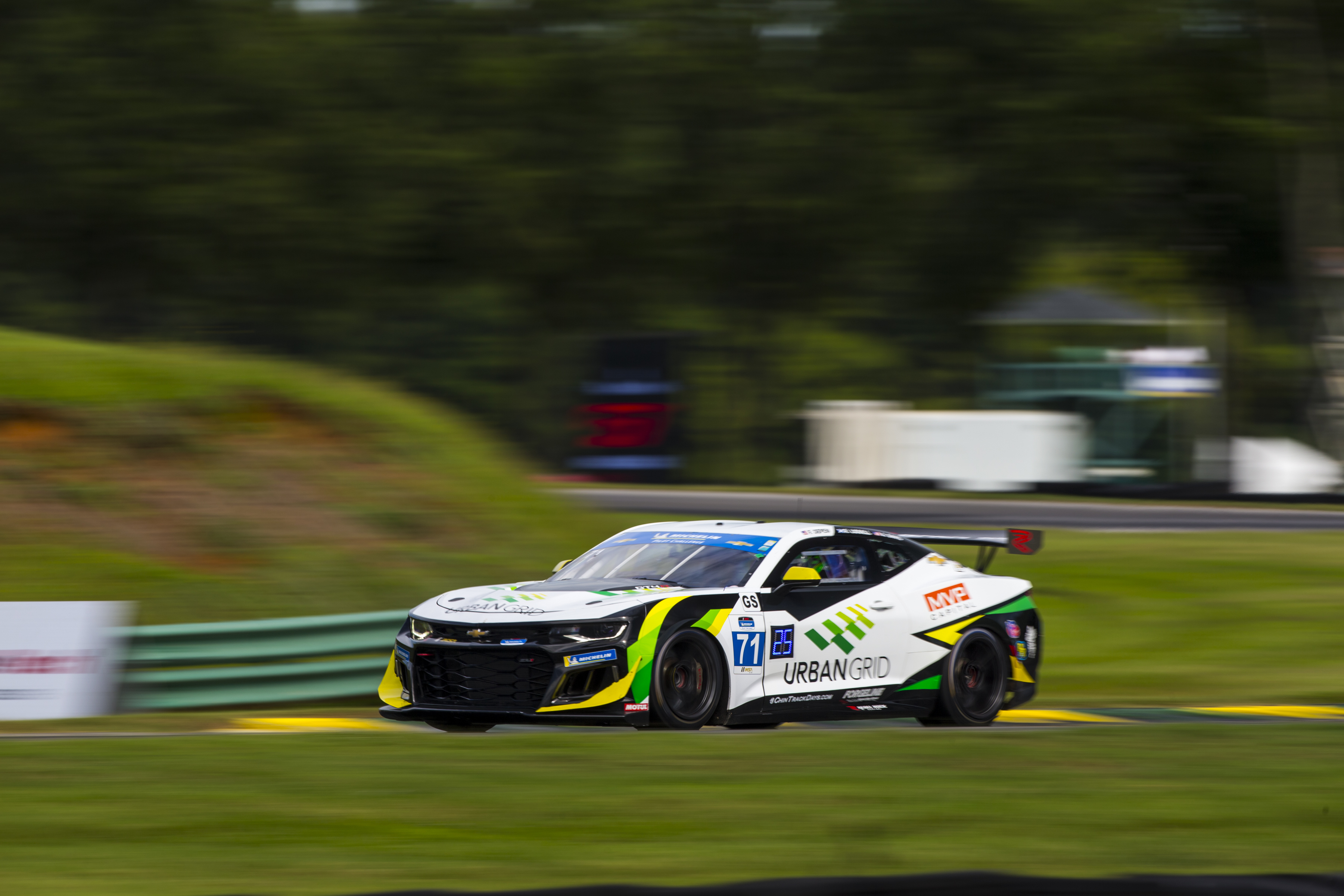 “I want to keep the car safe, and try not to get into tussles early – just like I try to do at all the races,” DePew said. “I’ll try to be on pace, try not to make mistakes – and try to avoid other people’s mistakes that can take me out. I want to keep as close to the front as I can without risking the car.”

DePew will then turn the car over to Liddell, well-recognized as one of the toughest competitors in the IMSA paddock.

“We didn’t get the result that we wanted at VIR, but there’s always room to learn and get stronger,” said Liddell, who is currently 10th in the GS standings. “We had another weekend with inclement weather at VIR and it obviously limits the ability to build pace throughout the weekend and get comfortable. When the rain came down during the race it was always going to be tough out there on the slick tyres and the track was very slick. It’s tough sometimes but that’s racing. We’ve regrouped and we are really looking forward to this weekend’s race at WeatherTech Raceway Laguna Seca.”

After suffering a range of bad racing luck in the opening three races, Rebel Rock Racing has four top-five finishes in the last five races.

“I’m really thrilled with the progress that we’ve made this year,” DePew said. “It really does take a village to be a successful race team in this series, and I think we’ve got that. Robin is an amazing driver – especially in our Camaro – and I think we’ve got a team that’s proven that they can execute. If we continue to do that, I think we will fare well in the race this weekend.”

The weekend opens with a pair of practice sessions on Friday. Qualifying will be held on Saturday at 1:30 p.m. ET, followed by the green flag at 5:55 p.m. ET. The race will be streamed live on imsa.tv.