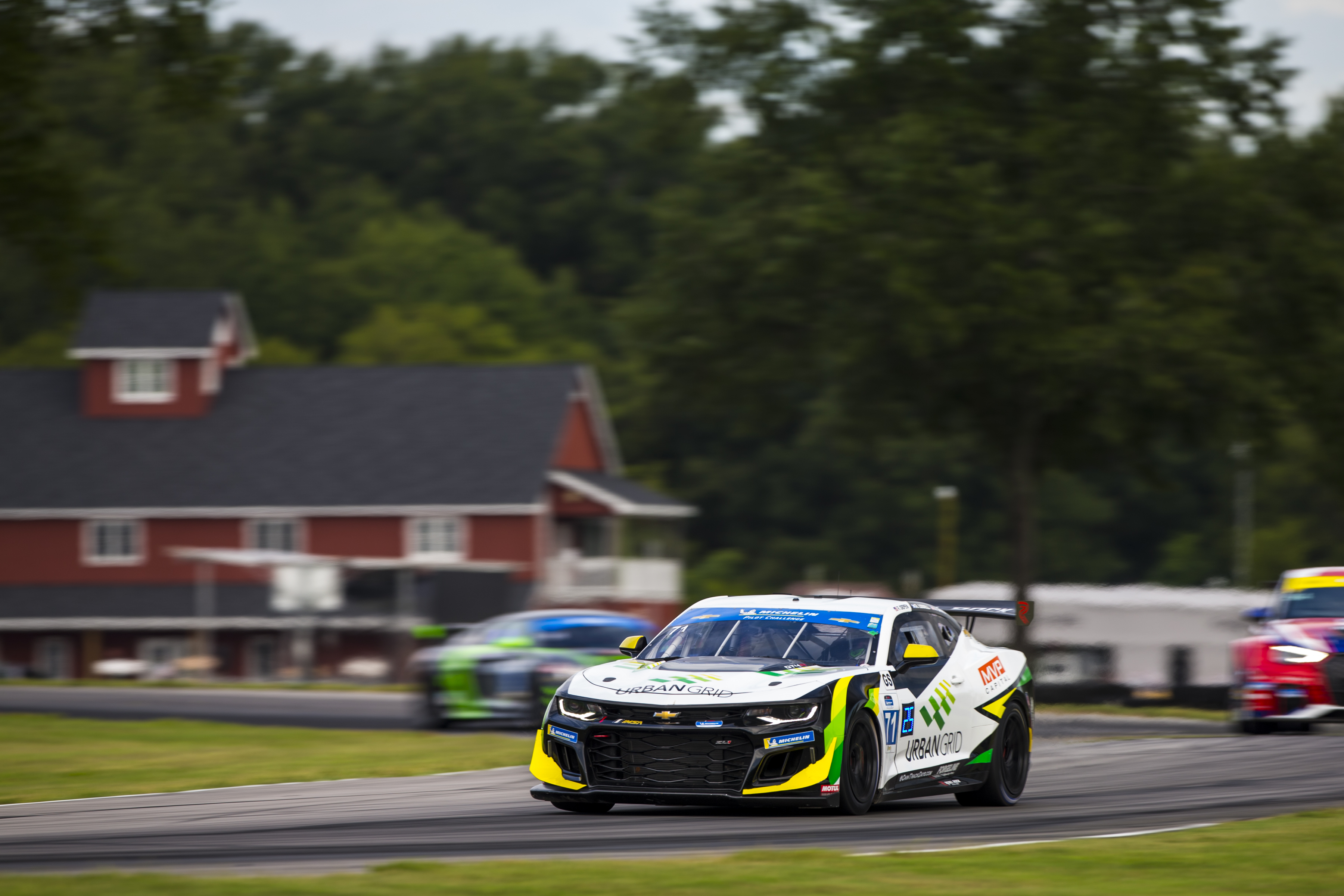 Frank DePew and Robin Liddell finished 22nd after starting in the 8th position in the No. 71 Urban Grid Solar/MVP Capital Chevrolet Camaro GT4.R, bringing to a halt a sizzling run that has seen the two drivers win races at Canadian Tire Motorsports Park and Road America.

With the starting grid set by championship points position due to an unprecedented amount of rainfall just before official qualifying, DePew made a good start and ran comfortably during the opening laps in the No. 71 Camaro, which had shown well in practice running times in the top five.

As was the theme all weekend however, the rain was never far away and with all the cars running on slick tyres the rain began to fall, lightly at first but suddenly it picked up in the final sector and two cars in front of DePew spun off in Turn 17, with DePew also following them off onto the grass in the Urban Grid Camaro. Unfortunately the track conditions were such that he couldn’t get moving without recovery by which time he had lost two laps to the leaders. 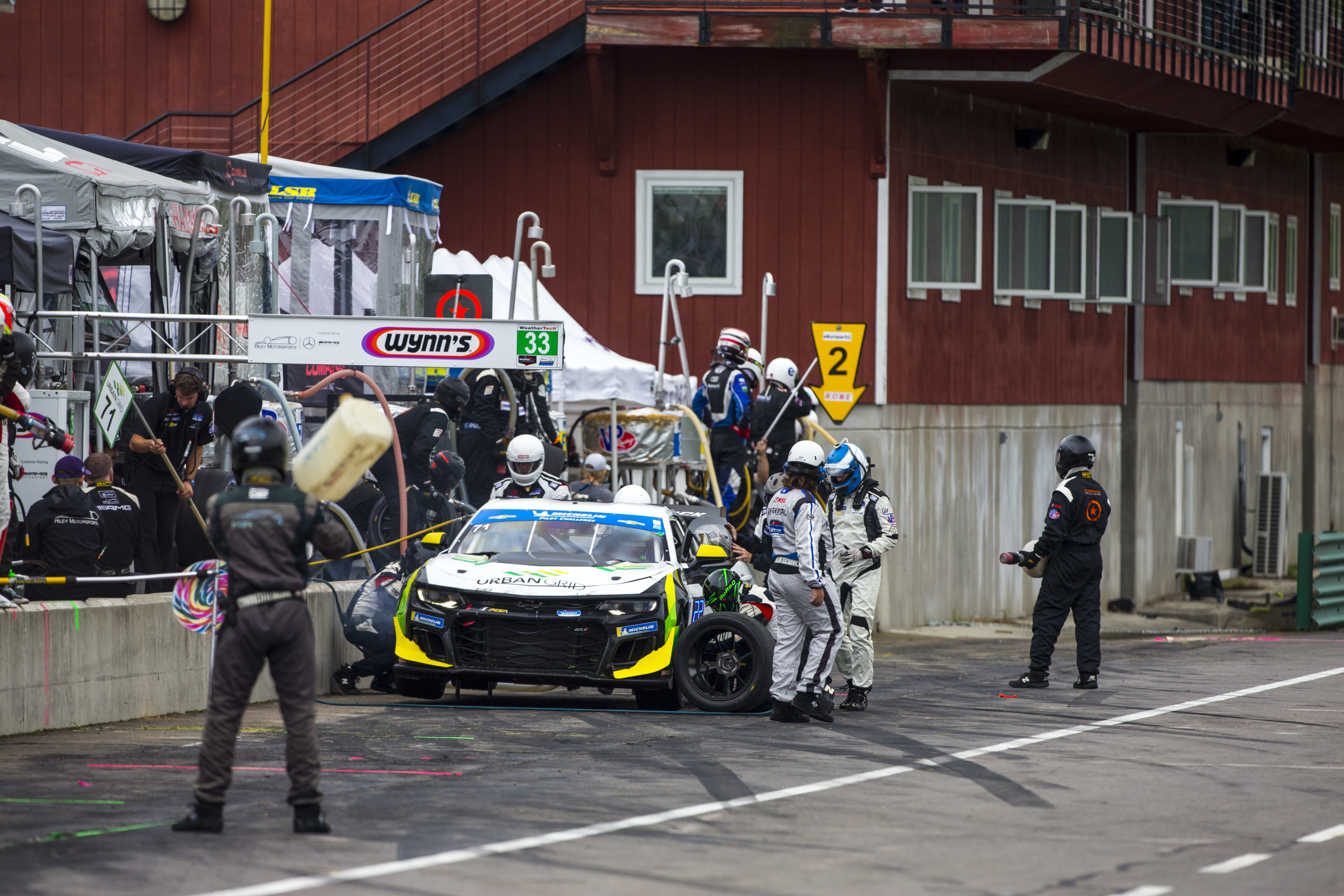 “It started sprinkling [on the fourth lap], and you could still pretty much carry full speed,” said DePew, who lives in nearby Richmond. “Basically, the Michelin tires were hot, the track had grip, and we kept going. I was running with the top 10 cars and trying to stay with them. Then two cars went off in front of me in the same place. Once you get in the grass at VIR anywhere in the rain you don’t slow down. The car held up pretty well – the Camaro is an amazing chassis – but we did a little damage. I could still drive it, but it had a vibration, so we tried to nurse it home. Then, apparently, the power steering gave out on Robin.”

DePew dropped to 23rd and ran a double stint following the incident before turning the car over to Liddell with 46 minutes remaining. Liddell then pitted with 32 minutes remaining and retired the Camaro with a power steering fluid leak. 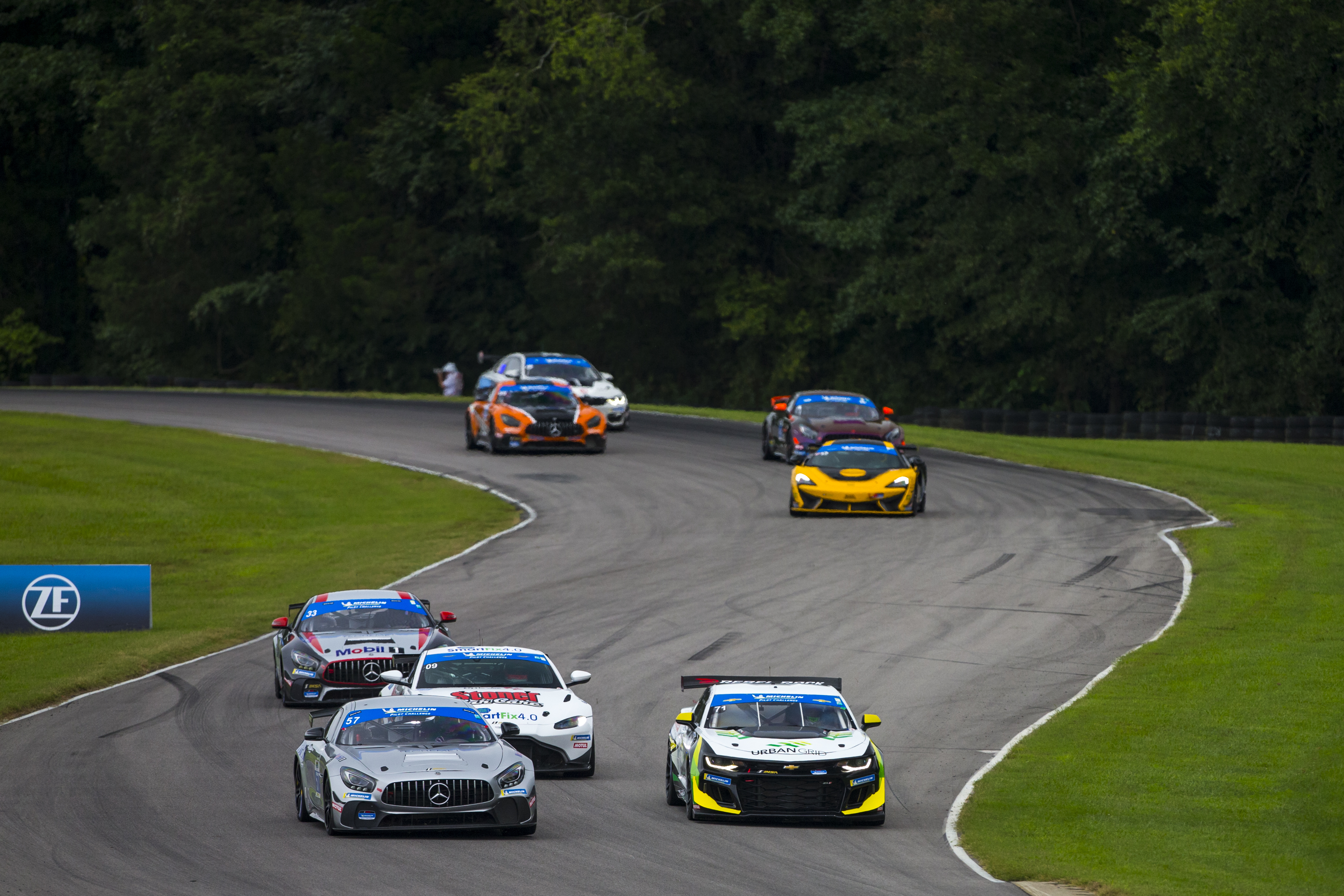 “It was a disappointing weekend, made more difficult because of the inclement weather,” Liddell said. “It’s Frank’s home race track, and he had a lot of guests here today so it’s a shame we couldn’t have put on a better show for them. Frank has done a great job as the season has progressed, but it’s very tough in conditions like we’ve had this weekend. We’ve already surpassed our own expectations this season so we know we can get the job done; we’ll just put this one behind us and move on.”

Two races remain on the 2019 schedule. The next event will be at WeatherTech Raceway Laguna Seca on Saturday, Sept. 14, followed by the season-ending round at Michelin Raceway Road Atlanta on Friday, Oct. 11.