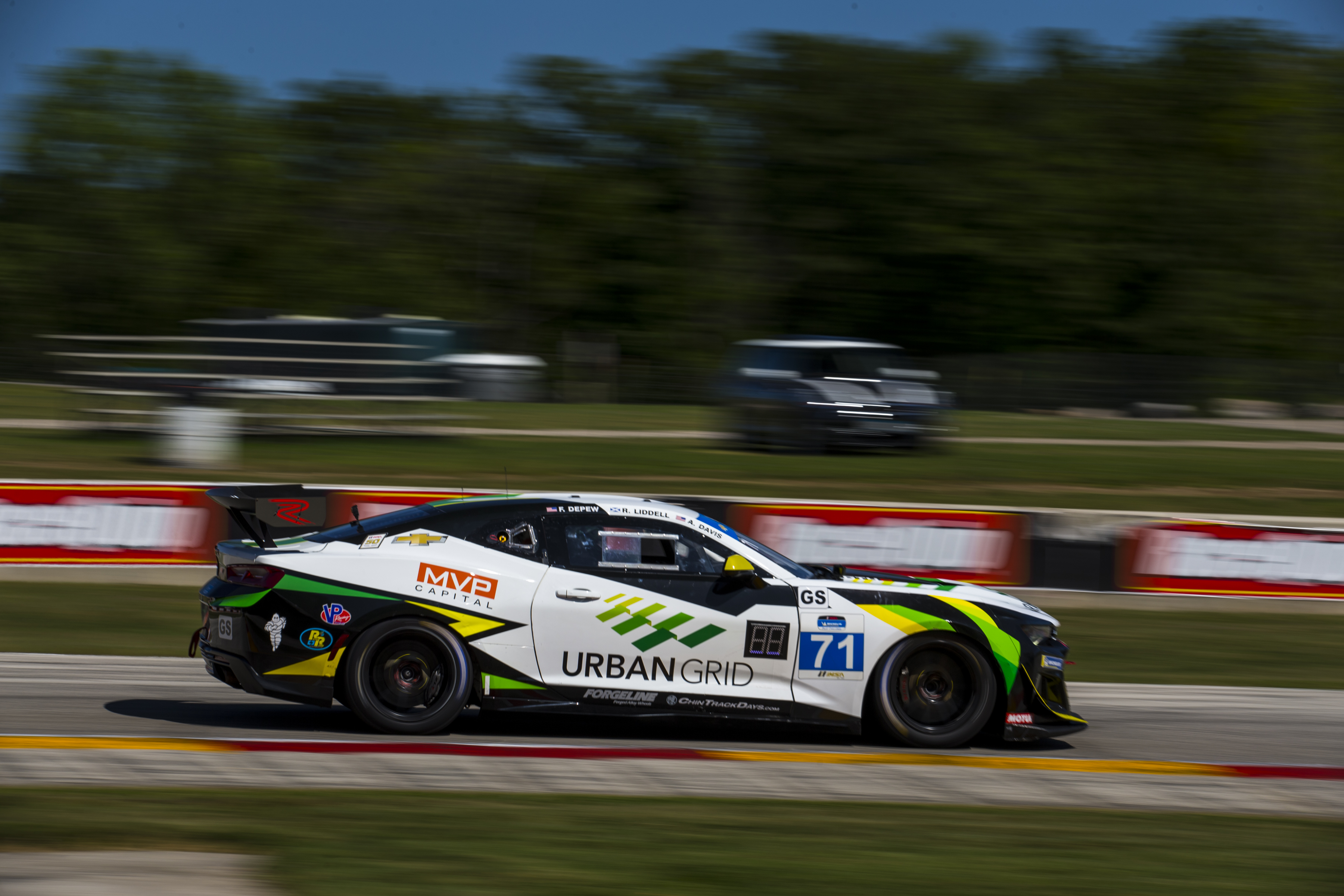 ELKHART LAKE, Wis. (9 August 2019) – Robin Liddell charged from fourth to first on the final lap of the Road America 120 on Saturday, taking the lead less than 20 yards from the checkered flag to give Rebel Rock Racing the victory in a weather-plagued shortened race.

It was the second IMSA Michelin Pilot Challenge triumph of the season for Liddell and Frank DePew in the No. 71 Urban Grid Solar/MVP Capital Chevrolet Camaro GT4.R. Adding a pair of fifth-place finishes at Watkins Glen International and Lime Rock Park with Andrew Davis on either side of the victory at Canadian Tire Motorsport Park, the team now has four-consecutive top-five finishes. 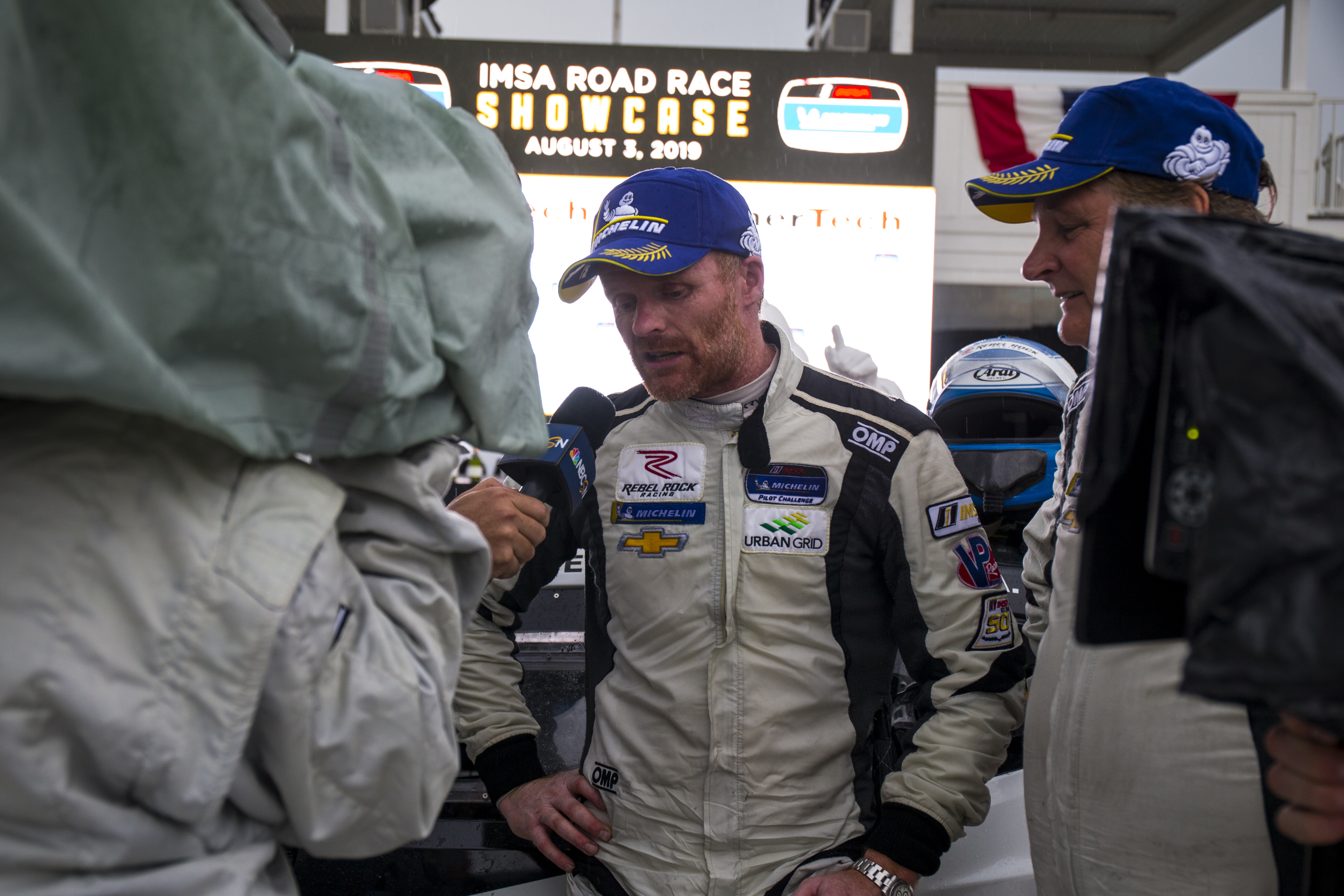 “I’ve been at this long enough to know that you never stop pushing,” Liddell said of his last lap charge. “These races can change at the drop of a hat, just like it did today. It was an unbelievable result, I’m so happy. Frank drove a great opening stint; his first time in the wet in the Camaro. The guys did a stellar job again; we were thrown a curve ball with the start being delayed, a shortened race distance and inclement weather, so our strategy went out of the window but the guys did a super job. It wasn’t easy.”

Liddell gained 10 positions in two laps following a restart with 20 minutes remaining, moving him up to fourth. Then, another caution set up the field for a one-lap dash to the checkered flag. He then gained two positions with a brave outside pass in Canada Corner, and caught the leader racing to the stripe. His margin of victory was 0.070 seconds, the fourth-closest finish in series history.

“The restarts were tricky,” Liddell said. “I took the last one in P4, but the one prior to that was very difficult. The conditions were very bad back in the pack, I couldn’t see a thing and made contact several times; we were all driving completely blind. I managed to make up some spots, and then after that final restart, I thought with only one lap remaining I couldn’t do that much. But I had a really good run through the Kink, and was close enough to challenge into Canada Corner. I looked inside but the two cars ahead defended the line so I just went to the outside and braked as deep as I could to get past on the outside. As I came onto the front straight I was pretty happy about finishing second but the next thing I saw was the leader slowing and pulling over in front of me. I just kept my foot in it, drove onto the grass and squeezed past just before the line.” 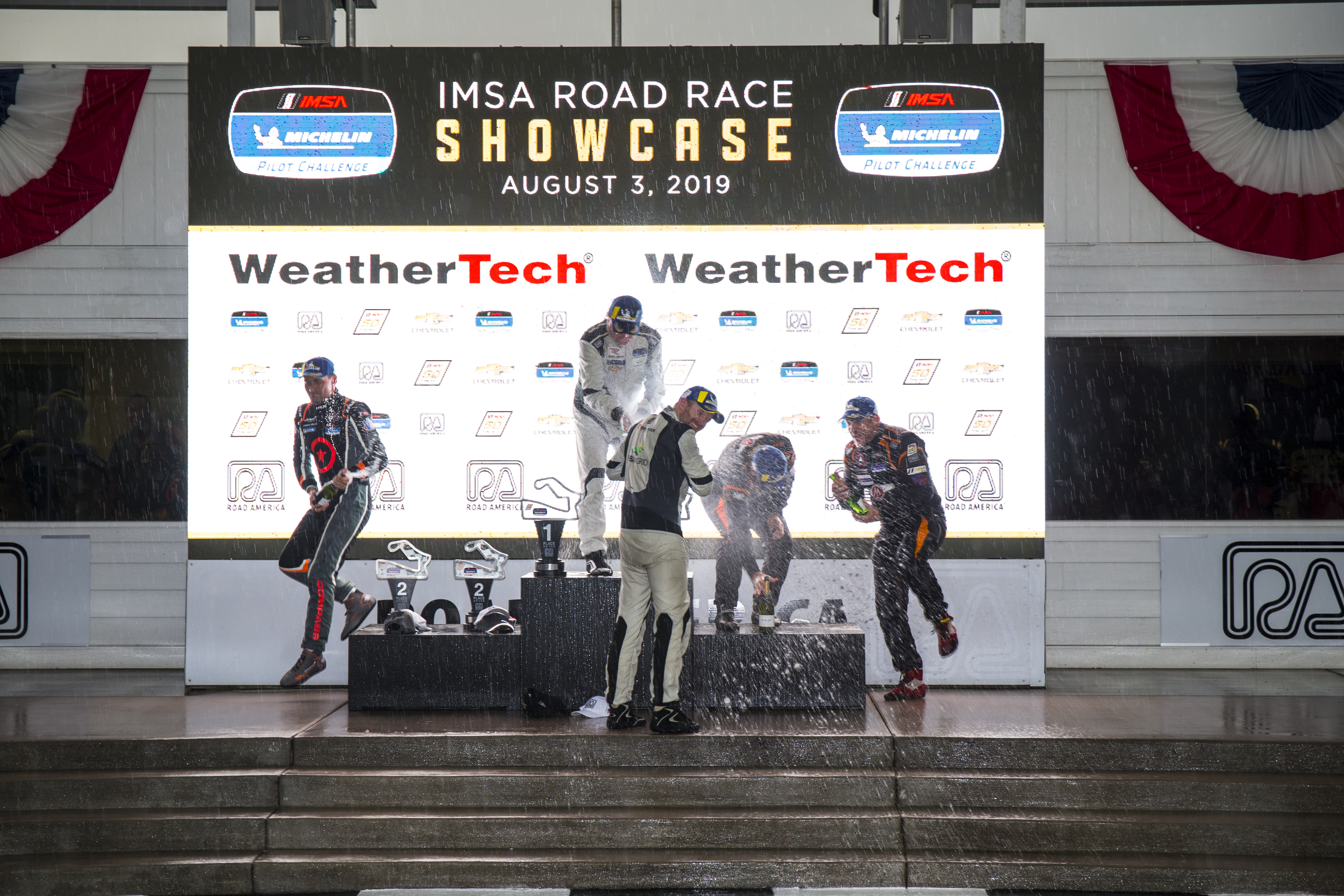 DePew started the race from the 18th position on the grid, and drove a super clean opening stint in difficult and changing weather conditions. Having stepped up to this level of professional racing for the first time this year, DePew has checked off a number of firsts including first-time visits to tracks like CTMP and Road America, and for both of these races DePew and Liddell found themselves on the top step of the podium. It was also his first time racing the Camaro GT4 in the rain. 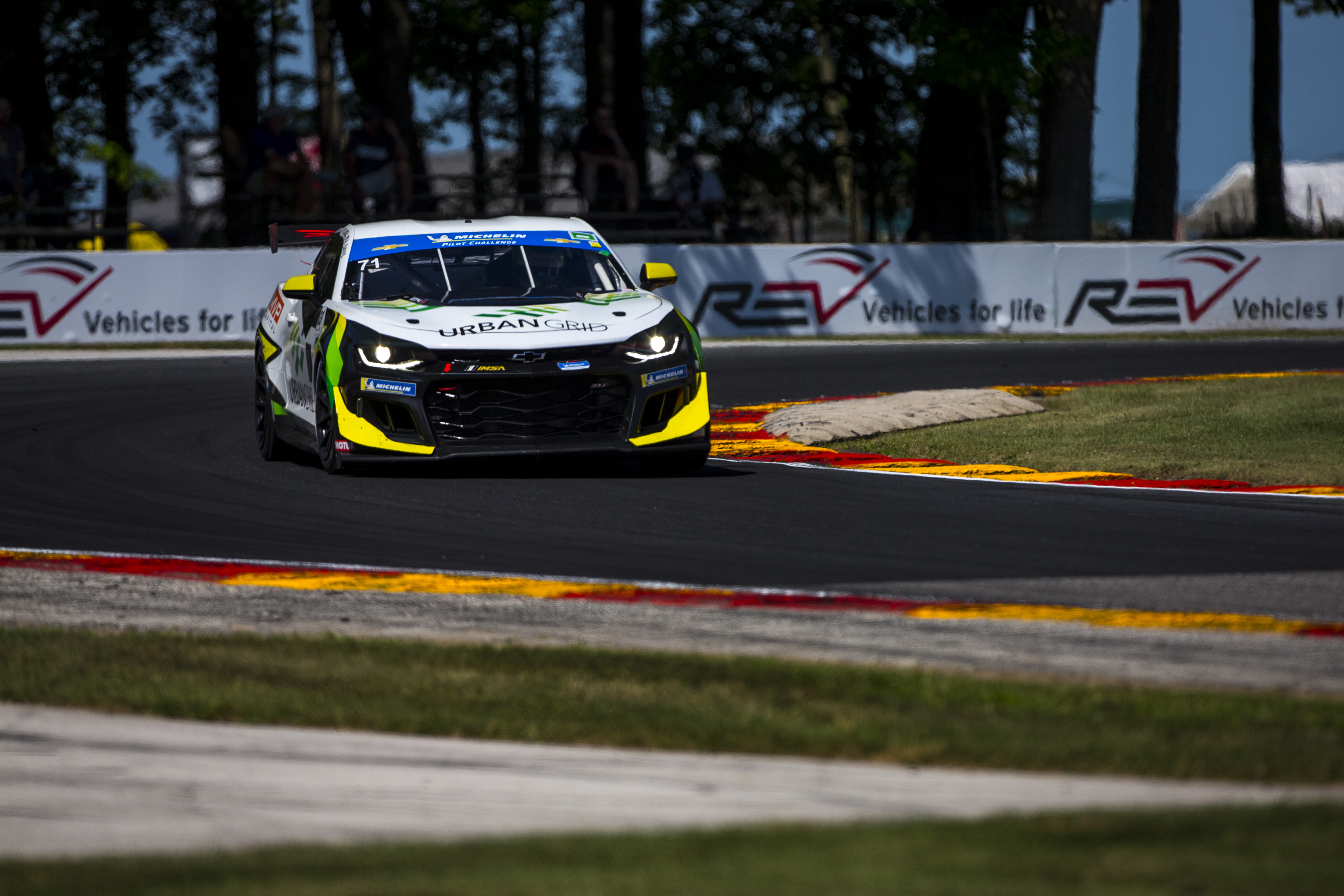 The start of the event was delayed for more than an hour by lightning and heavy rain and hail that reduced the event from two hours to 75 minutes. DePew started on rain tires and managed to hold on despite a drying track before pitting at the 29-minute mark, as the teams on slicks had a significant advantage.

“I really just tried to keep it clean, not make any mistakes and bring the car in and get a good pit stop situation for Robin,” DePew said. “Robin is amazing, he’s just a master. We knew if it kept raining we would definitely climb some significant positions. I don’t think we expected to win the race, but we’re pretty happy with it. We tried to put all the right people in the right place at Rebel Rock Racing and with Joe (Hall) and Phil (Pierce) and all the guys, we’ve done that and are really starting to gel. This is fantastic!”

Rebel Rock Racing will look to continue its string of success in the next Michelin Pilot Challenge race at Virginia International Raceway on Saturday, August 24.